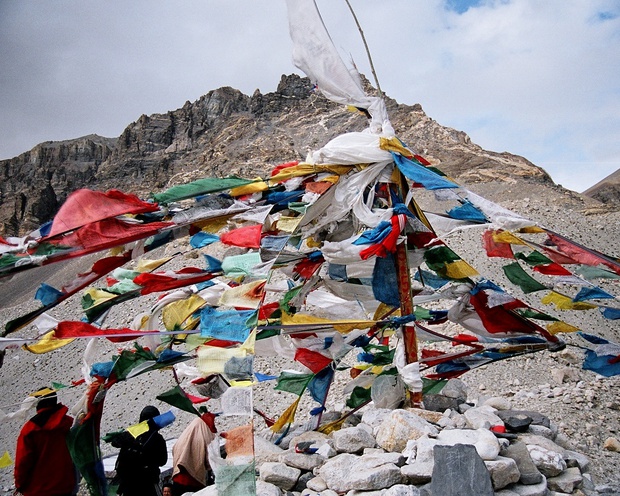 It is short but beautiful ride of 18 km to the east of Lhasa city. Driving straight along the Najin Road till the east suburbs of Lhasa and ascending to the pass of Mt. Najin, where we excellent views over the mountains and is a great spot to take some picture, the prayer flags on the pass make a great decor with the farmland below.
Once we get to the small cross, we will see the Drak Yerpa and we can hike up to this holy site at an altitude of about 4000 meters. It locates in the spectacular limestone cliffs of the Yerpa Valley.

In the middle of the 7th century, Songtsan Gampo and his team built Drak-Yerpa for his wife. Songstan Gampo (604-650) was the 33rd king of the Yarlung Dynasty. And he was the first emperor of a united Tibet. It was said that there were 108 caves at Drak Yerpa in the past but now only a dozen of them remain well. And the earliest among these caves is the cave of Songtsan Gampo. Many individual temples were built around the cave, then after several expansions, they were consolidated forming the well-known temple. This site is very peaceful and has stunning views. To walk and hike where Songtsan Gampo and the later Guru Renpoche and the later Padmasambhava or Guru Rinpoche (late 8th to early 9th century) has walked is really aspiring.

Drak Yerpa pilgrimage sightseeing tour takes about 2 hours, and we can prepare it as a half day leisure travel experience with some easy hiking. Our travel agency can arrange camping equipments, tour vehicle and driver, guide for this short trip.<