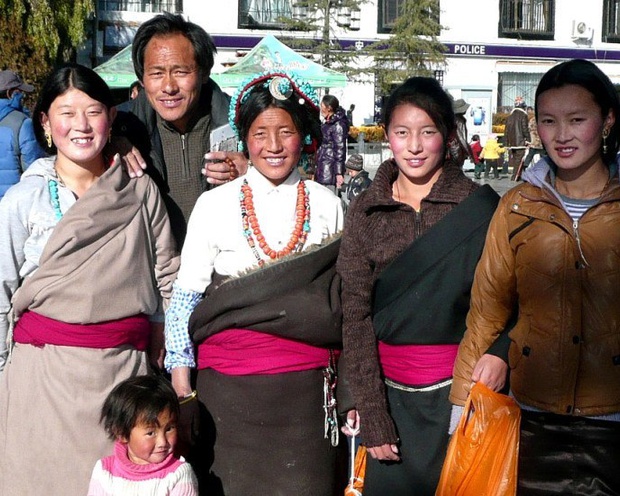 Learn about this fascinating tradition

The polyandry culture is slowly dying due to the irrelevance of its practice however a minority of the population is still practicing it due to the local socio-economic condition. Westerners may find this practice exotic but it’s out of their need to survive in the harsh region due to the high altitude, scarce food supply and minimum source to support themselves. However, conditions are changing rapidly these days.

Tibetan culture is a matriotic society where the woman plays important rules and the polyandry practice justifies the strong character of the woman in Tibetan society. There are few cases of this polyandry practice even in a modern family where a mother has a relationship with both brothers and controls the family and the property.

In most cases the husbands are brothers. Sometimes children are not sure who their real fathers are. Tibetan women have traditionally lived with one brother at a time while the others were away fighting, herding, trading or spending time in a monastery. The oldest brother is generally regarded as the father of the children, who refer to all the brother-husbands as father. The custom is believed to have evolved to make the inheritance of property an easier process and prevent the breakup of plots of land.

Melvyn C. Goldstein wrote in Natural History, “The widespread practice of fraternal polyandry is not the outcome of a law requiring brothers to marry jointly. There is a choice, and in fact, divorce traditionally was relatively simple in Tibetan society. If a brother in a polyandrous marriage became dissatisfied and wanted to separate' he simply left the main house and set up his own household' In such cases, all the children stayed in the main household with the remaining brother(s), even if the departing brother was known to be the real father of one or more of the children'’

Tibetan fraternal polyandry is in many ways analogous to the way primogeniture functioned in nineteenth-century England. Primogeniture dictated that the eldest son inherited the family estate, while younger sons had to leave home and seek their own employment for example, in the military or the clergy.

“While Tibetans believe that in this way fraternal polyandry reduces the risk of family fission, monogamous marriages among brothers need not necessarily precipitate the division of the family estate: brothers could continue to live together, and the family land could continue to be worked jointly. When I asked Tibetans about this, however, they invariably responded that such joint families are unstable because each wife is primarily oriented to her own children and interested in their success and well-being over that of the children of the other wives. For example, if the youngest brother's wife had three sons while the eldest brother's wife had only one daughter, the wife of the youngest brother might begin to demand more resources for her children since, as males, they represent the future of the family. Thus, the children from different wives in the same generation are competing sets of heirs, and this makes such families inherently unstable. Tibetans perceive that conflict will spread from the wives to their husbands and consider this likely to cause family fission. Consequently, it is almost never done."

Recommendation:  Traveler must be respectful if they wish to visit such family as they do not like to talk about their private matter.  It is best they talk to guide and get information accordingly.