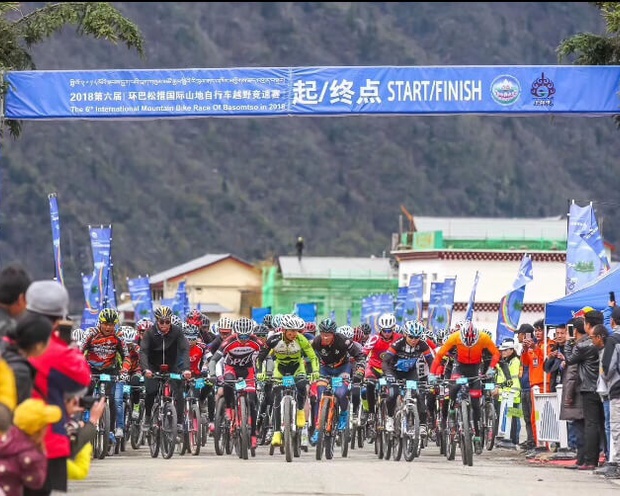 The 6th Basumtso International Trail Cycling Race 2018 was organized by Basumtso Tourism Authority held this May 1st 2018. Around 150 participants took part in this event were 10 participants were international cyclists from all over the world.

Race duration was from 1st to 2nd May 2018, covering combination of single and double tracts of total 99 km through extremely dangerous and remote section located in the Jomdo county of Nyingchi,  approx. 500km East of Lhasa, Tibet Autonomous Region, China.  It was at an elevation of 3700m/12136ft., the only grade 5A natural landscape in Tibet.

Basanta Adventure was a part of this event and organized cyclists from Nepal.  In this event we take great pride of our very own Nepalese cyclist Pemba Sherpa, a member of Basanta Adventure team for being awarded “MOST COMPETITIVE SPIRIT”.  He may not have won the race but won the hearts of the people. Pemba helped one of the cyclists who was badly injured in one of remote section during the race; she had fallen off the main tract and had injured herself.  Unfortunately, none of the cyclists stopped to help her but Pemba volunteered to help the wounded cyclist and spent time with her until rescue team arrived.