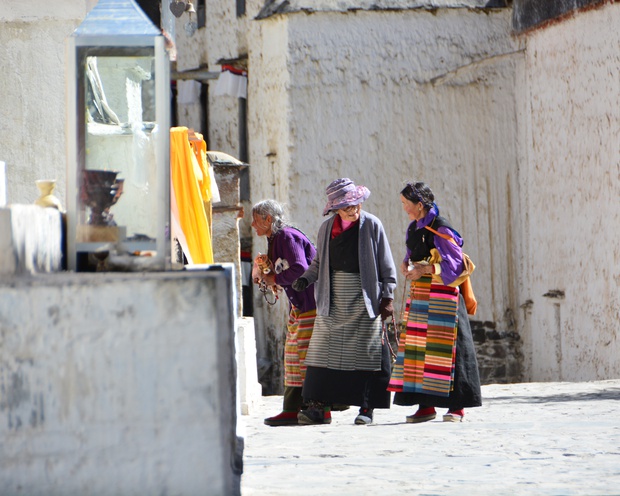 A deeper look into Tibet and its people.

Tibet spans the world's largest and, with average heights of over 4,000m, also the world's highest plateau.

In the mid-7th century, Tibetan people started living in Tibet around 3000 to 5000 year ago. Songtsen Gampo established the unified Tibetan Empire, and married two princesses, one from China and one from Nepa. Tibetan was closed from outline the world due to its remote and harsh geographical location as well as Tibetan were ruthless until Buddhism enters in 7th century which easily changed people perspective and Buddhism became the most important faith of Tibetan people and a way of life. Tibetan widely follow 5 principle of Buddha teaching, people have high regards for their spiritual leader Dalai Lama and every family keeps his portrait in their shrine room. Tibetan people living in high altitude have developed special habit of surviving as their boyd have developed unique mutated gene to balance the body structure to act normally in less supplied oxygen in atmosphere, Tibetan people have also develop more powerful lung supply lesser oxygen. However, modern life of Tibetan who specially lives in city with all the facilities have made people life much comfortable physically but perhaps mentally more challenging with all changes of modern lifestyle.