Padmasambhawa is one of the most important figures of Tibetan Buddhism, his translations of scriptures and turning local demonic forces upon the path of Dharma paved the way for Buddhism in Tibet

When visiting a monastery in Tibet, you will notice that this monastery belongs to a certain sect or lineage or even hat.
Read this article as a quick reference to understand the basics of the different Tibetan Buddhist Sects.

How Buddhism arrived in Tibet

In this article Basant Bajracharya, Tibet Expert explains how Buddism arrived in Tibet during the 7th century.

Practice of Debate by Monks in Tibet Cultural Background and Functioning 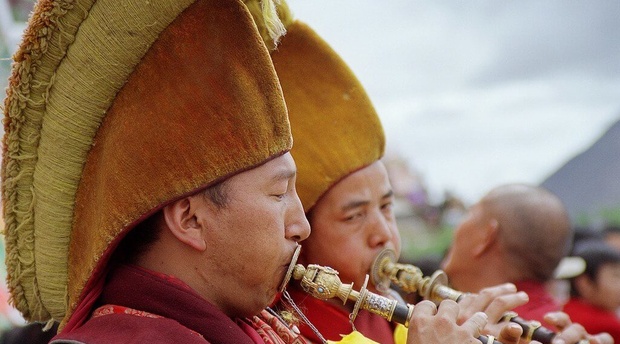 Monks and Monasteries are integral part Tibetan cultural Heritage. Great master, enlighten Yogi and King founded different school of Buddhism in ancient time. Tantrik Master Padmasambhawa also called Guru Rimpuche who was invited to Tibet to subdue a demonic forces, Padmasambha successfully subdue the demon and redirect the demon in the path of dharma. Tantric principle do not eliminate any negative forces but oblige them to take the journey of spiritual awakening. Pansambhawa supervised massive translation of specially tantric Buddhist script into Tibetan along with abod Santaraksita who was invited by King Triso Disen to build the first monastery Samyle Ling.